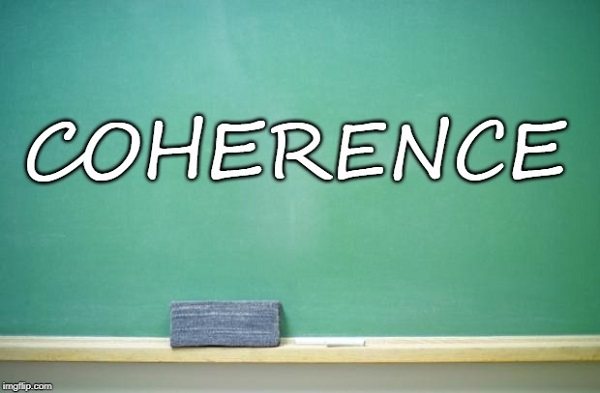 Between September and December 2018, a group of 16 teachers from Metro North ABE gathered in a classroom at the Columbia Heights site to dig into the CCRS Math Standards. Their meetings were part of the Integrating Language and Numeracy Study Circle, which I facilitated for ATLAS.

Metro North ABE has set aside this program year to do a deep dive into the math standards, and the teachers were easily able to find examples of each of the math shifts (focus, coherence, and rigor) in their teaching practice.

The second meeting of the study circle unpacks focus and coherence, which can be a challenge in an ESL setting or even in a math class with many English language learners represented. ESL texts are usually organized topically. We began by listing the units in Metro North’s core text, Ventures. Many of these topics will sound familiar to other programs: personal information, daily activities, work, housing and community, around town, shopping, health, and free time. While organizing language topics this way makes sense, it can be challenging to build mathematical concepts coherently in an integrated way while staying within these topics! The study circle provides a useful planning tool to get started with the critical, yet complicated task of creating coherent math instruction. 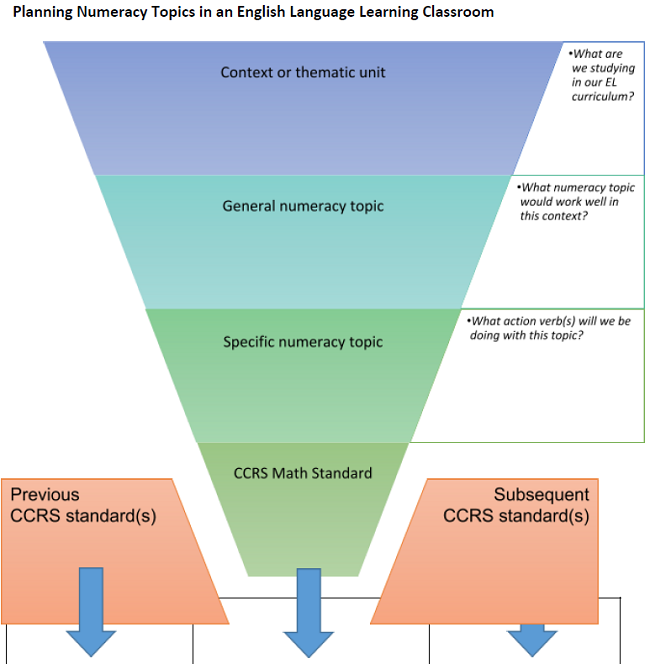 The first step in this downloadable Planning Numeracy Topics tool is to identify the context or thematic unit that ESL students are working on in a very general way. As the plan continues to focus more closely on the math integration, the next step is to identify what general math topics might be related. One item we discussed at length is to pay attention to the verbs involved or the actions that students will be doing when looking at the standards.

The next step is to pull from the general math topics these actions or tasks to identify more specific numeracy topics to cover. Finally, participants are asked to look at the CCRS math standards for which standards addressed those topics. At this point, teachers are ready to plan an individual lesson or a unit (depending on how broadly they identified topics and standards). However, in order to build coherence into their plan there is a bit more work to be done.

During the final two rotations of the “carousel” activity, teachers are asked to look at the standards identified by the previous groups and find first the standards that should precede those standards or build towards them, and later the standards that would come after them. We discuss how this allows for coherence at the classroom level by preparing the teacher with strategies to differentiate. In addition, at a programmatic level, coherence is built since now it is visible how one level builds toward the next.

“. . . rotating from activity to activity, level to level was interesting. My partner
teaches a much different level so it gave us a lot to talk about.”
– Amy Reisdorf, Metro North Teacher

As a program, Metro North co-created eight complete planning tools in that session that directly aligned with their ESL curriculum. What a valuable way to spend a Friday afternoon!

Here are few examples from the study circle, complete with a variety of handwriting from all the different groups as they rotated through each step. 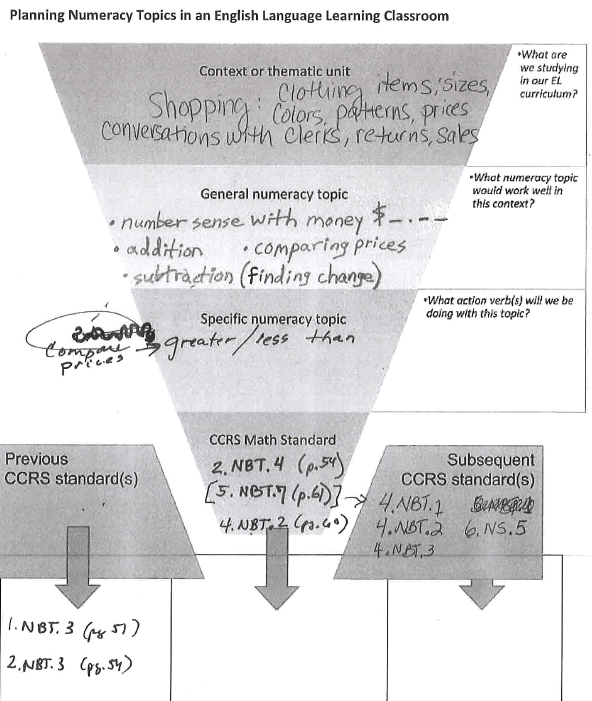 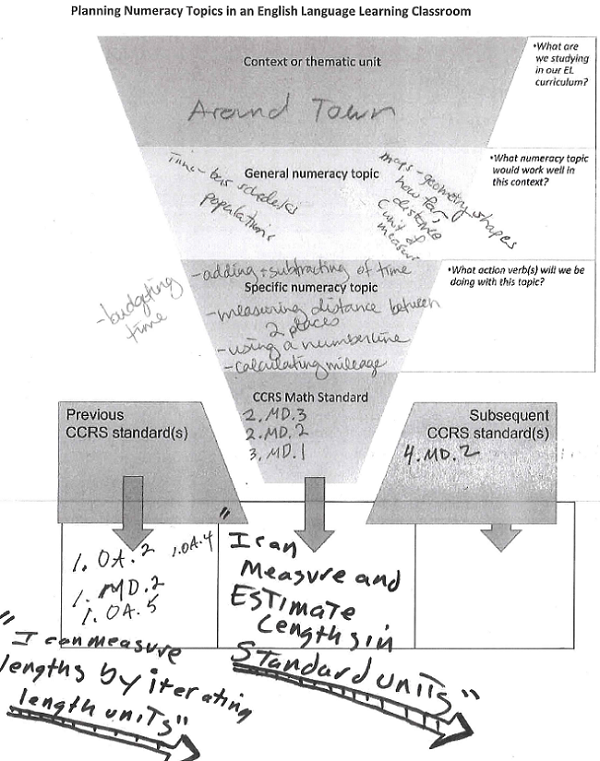 If you’re curious to learn more about building coherence into your math instruction, this is only the first part in a three part series on the topic. Check back in February for Part 2!