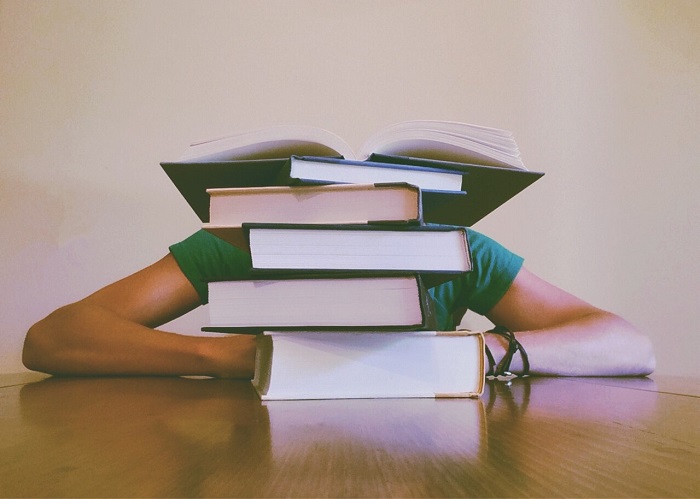 How to Eat an Elephant: Increasing Your Students’ Success on the GED Extended Response

Attending the annual Coalition on Adult Basic Education (COABE) conference is a fantastic way to learn what is “hot” in the field of ABE. At this year’s conference in Phoenix, there were numerous sessions focused on teaching soft skills and workplace skills, two trends that continue to dominate our field. There were also many sessions devoted to Integrated Education and Training (IET) programs and contextualized instruction. Of course, technology integration and distance learning were also popular topics.

Some of the best training that I have received at COABE over the past couple of years, however, has been delivered by trainers from GED Testing Service that focuses on specific skills needed to pass the GED Test. With all of the focus on what’s “new and now,” sometimes it’s nice to just get back to basics – basic skills, I mean.

One of the most important things that I took away from the session I attended, What Instructors and Their Students Need to Know About GED Extended Response, was that learners need strong reading skills in order to be successful on every section of the GED. In the ABE writing classes that I teach for Minneapolis Adult Education, this is a realization that I have been coming to over the course of this school year, and it was reassuring to hear it reinforced during this session. 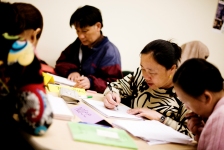 Learners cannot write well and accurately about a text if they do not understand it. In fact, the close link between reading and writing was the basis for combining the reading and writing sections of the GED into one test, the RLA, for the updated 2014 version of the test. Lack of reading comprehension and close reading skills are also barriers to success on the science, social studies and math sections, and the trainer talked about how this basic truth is emerging nationwide. If we want our learners to do better on the GED, it seems that we all need to put some time and effort into becoming better reading teachers.

As many of you reading this article probably already know, the extended response questions on the social studies and science tests have been eliminated, so the only writing that learners have left to do for the GED is on the RLA test. The score that learners receive for their “essay” is roughly 20% of the RLA test in terms of raw score points. This means success on the extended response is roughly equivalent to getting 10-12 multiple choice test questions correct. In other words, although it is possible to pass the RLA without earning any points on the extended response, it is a not a good test strategy. So, let’s focus on what we as instructors can do to help our learners prepare.

First, we need to help our learners be ready for how to navigate the online test. The first time that learners see the online layout and format of the test should not be when they enter a testing center. In order to be successful on this section of the test, learners need to understand that they are required to read two articles and that the pages of the articles appear in different tabs at the top of the screen. A student with whom I work recently took a GED Ready test for the RLA, and she told me afterwards that she only read the first page of the articles because she didn’t know there were more pages. Obviously, this made it difficult for her to complete the task at hand – analyzing and comparing the two texts.

According to the trainer, many learners who take the test are also unaware that the text box expands as a response is being typed, which often leads to test-takers producing too little writing. On average, testers across the country only spend about 25 minutes on the extended response, rather than utilizing the full 45. With practice and a good strategy, learners who use the full 45 minutes should be able to produce the 300-500 words that GED Testing Service recommends for a fully developed response.

GED Testing Service has a YouTube channel with videos for helping learners prepare. There is one that is a tutorial for taking the RLA, and it explains the testing interface and expectations. 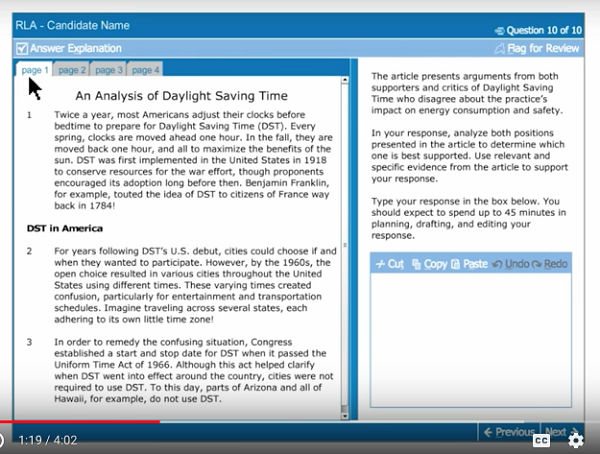 Another thing that we can do to help our learners prepare is make them familiar with the scoring rubrics and traits associated with the RLA. In a nutshell, the extended response is scored according to these three traits:

GED Testing Service has published an Extended Response Resource Guide for Adult Educators  that shows actual student responses that have been scored using the rubrics. The responses range from those that received zero points to those that received a perfect score with scoring annotations. The trainer suggested using these responses in the classroom as teaching tools. Learners could compare a weak response with a strong response, for example, and talk about what elements makes the strong response better. Another approach would be to look at a low-scoring response for a particular trait, and have learners work to make corrections or edits that would improve the quality of the response.

Finally, we need to teach our learners the difference between writing an analysis and a summary. The prompt for the extended response is always the same. It reads, “In your response, analyze both positions presented to determine which one is better supported. Use relevant and specific evidence from the article to support your response.” According to the trainer, a common error that testers make is to summarize both sides of the argument without really analyzing which side is better supported. To write a successful analysis, learners need to explain why one side of the argument is better supported by taking a close look at the evidence presented.

This leads me to a second common mistake, which is to take large sections of text (evidence) out of the readings and include them as quotes in the written response. According to the trainer, the automated scoring engine does not give credit for words taken directly from the text without strong analysis. Therefore, instructors should teach their learners to paraphrase as much as possible, rather than using direct quotations.

The trainer suggested teaching learners a structured approach to the writing task that begins with the evidence and leads to a claim about which side of the argument is better supported. These are the steps:

To help learners prepare for this challenging task, GED Testing Service publishes sample extended response passages and prompts that can be used in the classroom.

So why focus on the extended response?

There is no doubt that these skills take time and repeated practice to develop. Because of this and the common knowledge that a tester does not “need” to pass the extended response in order to pass the RLA, some ABE teachers might be tempted to focus on other skills and skip the writing. The trainer addressed this in two ways. First, writing skills are one of the critical differentiators of long-term success. Second, building skills in this area helps develop thinking skills that impact performance on the entire test. So, yes, they are important. And to start building them, I’ll leave with you these words of wisdom that I heard repeated more than once at this year’s COABE. “How do you eat an elephant? One bite at a time.”