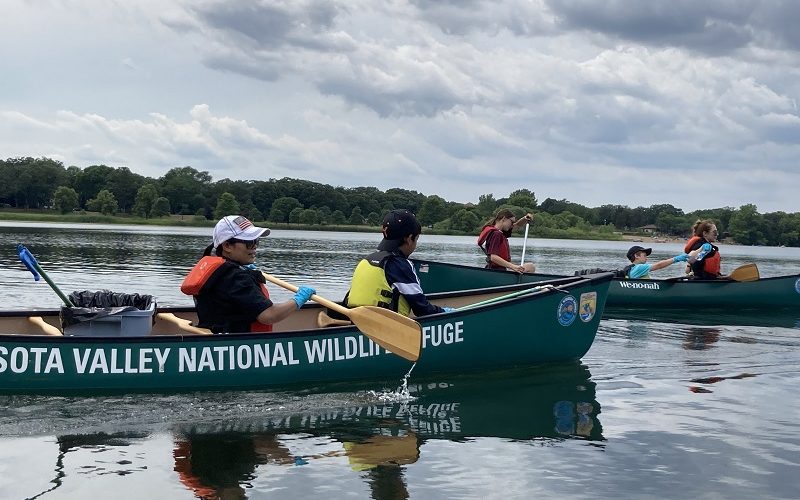 Three canoes slipped into Lake Itasca on a warm, brilliantly sunny August afternoon. Wielding paddles and cameras, six ELL (English Language Learning) students from St. Paul boldly struck out across the placid water and headed for the far end of the lake, where an ankle-deep trickle of water emptied into a small streambed, marking the humble beginnings of the mighty Mississippi River. For almost all of the occupants, it was their first time in a canoe; for some, it was their first time leaving the Twin Cities metropolitan area. As the headwaters came into view, students and instructors quieted and sat silent, marveling at the river’s journey.

Benefits of, and barriers to, the outdoors

The impetus for this trip began months ago, during a natural history lesson developed by Nature for New Minnesotans, a University of Minnesota Extension program committed to increasing the environmental literacy of adult EL learners in the Twin Cities. Growing bodies of research suggest that the outdoors, be it an urban park or wilderness, provide significant mental, physical and social health benefits to individuals and communities. In immigrant communities, individuals who have access to natural spaces not only receive the mental and physical benefits of the outdoors, but also report developing a more positive ‘sense of place’ in their new home.

Despite this, immigrants and ethnic minority groups participate in outdoor recreation at lower rates than other members of the US population. Barriers to outdoor spaces are both real and perceived, ranging from transportation and financial constraints, time, language/cultural differences, and knowledge of the outdoors to perceptions of belonging and safety, historical trauma in outdoor spaces, and the fear of breaking laws or unfamiliar social taboos. These barriers are well-documented in the Twin Cities; a 2019 Minneapolis Parks & Recreation survey found that 1st and 2nd generation immigrants, East Africans, Southeast Asians, and Hispanics overwhelmingly face more barriers than their white, non-immigrant, counterparts. 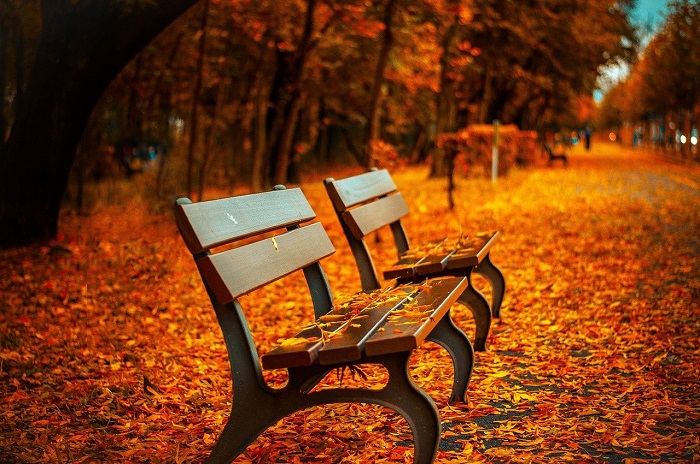 These realities served as an impetus for the development of Nature for New Minnesotans (NFNM), which in 2021 began working with EL teachers and students to address these barriers in places where adult learners were comfortable: community-based organizations providing free EL classes. Over the course of a year, NFNM worked collaboratively with EL educators to develop lessons that were not only focused on educating students more about Minnesota’s natural history, but also on how to directly engage with it.

During NFNM’s pilot program, students learned how to interpret global climate patterns and made connections between climate, biomes, and ecosystems. They explored the flora and fauna of northern Minnesota, questioning (and later understanding) how animals as diverse as wolves, squirrels, bats, and bears can all manage to survive the debilitating cold of northern winters. Students read about Ozaawindib, an Ojibwe person responsible for guiding Henry Schoolcraft, a white colonist, to the headwaters of the Mississippi River in 1832. After a lesson documenting the length of the river, students compared its journey to that of their own as refugees and transplants to a new country.

Realizing that the river winding its way mere miles from their homes began in northern Minnesota, students became determined to visit its headwaters. So, we learned about camping culture in Minnesota, and spent time discussing the Department of Natural Resources (DNR). Students practiced how to book a campsite online and eventually, planned their food and packing list for a trip to Itasca State Park.

The world is an increasingly interconnected place, and as educators, we recognize that despite training to teach one subject at a time, we often find ourselves wading into uncharted educational and social waters. During my time with EL students this past spring, I arrived each morning with the intention to discuss axial tilt, climate maps, and habitats, but left with my head reeling with the nuances of English grammar, the implementation of international conservation, and the history (for better and worse) of land preservation. In this way, science learning serves as a conduit to English, history, mathematics, art, music, and so much more. It challenges individuals to, above all else, question and wonder about their place in the world.

It was just a creek. How can it be the source of the Mississippi? At the time, I thought ‘a small thing can change the biggest thing.’

After returning from Itasca State Park, students wrote essays documenting their experience. Amongst the many references to the wildlife we saw, the history of the park, and the campfire stories (yes, we tried S’mores), students spoke about the Mississippi River.

Naw Paw Htee Lah stated that she was surprised that the river “is very small and shallow and… crossable by foot. When I saw the beginning of the River, I learned that every big gift starts from a little thing.” Naw Sopheia Htut wrote that she “couldn’t believe my eyes! It was just a creek. How can it be the source of the Mississippi? At the time, I thought ‘a small thing can change the biggest thing’.”

These anecdotes, filled simultaneously with awe, wonder, and deep wisdom, speak to the power of science learning; amongst each student’s observations lies a sense of knowing, of belonging. An important component of learning is the ability to name something, however lasting learning is often connected to something deeper; an experience that shapes the learner. When EL students learn the names of plants and animals in their new neighborhood, when they can recognize the glacial landscape hidden in plain sight in St. Paul bluffs, they gain knowledge and a deeper relationship with the place where they live.

Naming a plant or recognizing a geological feature may seem like small things, but even the mighty Mississippi starts out small, as a little stream, and grows into something much bigger – a gift.