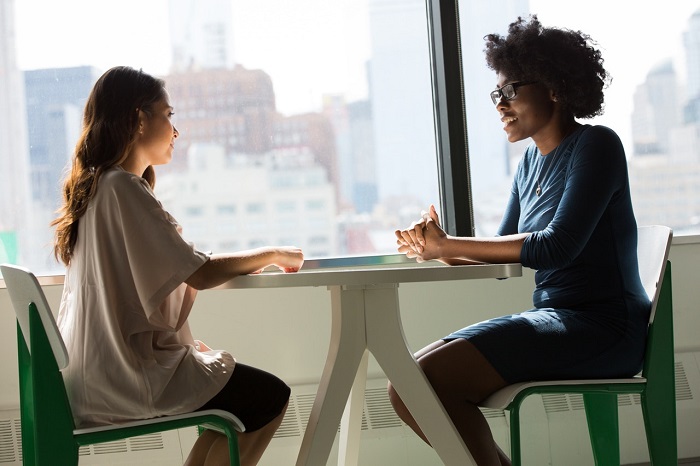 A question that I have been asked more than once in my capacity as ACES Coordinator is whether or not I know of a good soft skills curriculum. Up until now, I have had to answer no. The job of the ACES initiative has been to help ABE instructors recognize the importance of teaching professional, or soft, skills to our learners at all levels of instruction. However, we have always looked at ACES more as a way of approaching your classroom and curriculum, rather than a set of lessons to complete.

Through the ACES resource library, I have been able to curate what I hope is a robust collection of resources for supporting the development of the ACES skills, but not all of these resources contain grab-and-go lesson plans.

For these reasons, it is with a great deal of enthusiasm that I would like to introduce the newest addition to the Effective Communication of the ACES Resource Library: the 21st Century Skills Resources from New World of Work is a collection of ten modules that represent “the knowledge, work habits, and character traits necessary to succeed in this rapidly changing world.” The modules were developed in California and supported by the Foundation for California Community Colleges, which helped to identify these ten skills as being crucial competencies: 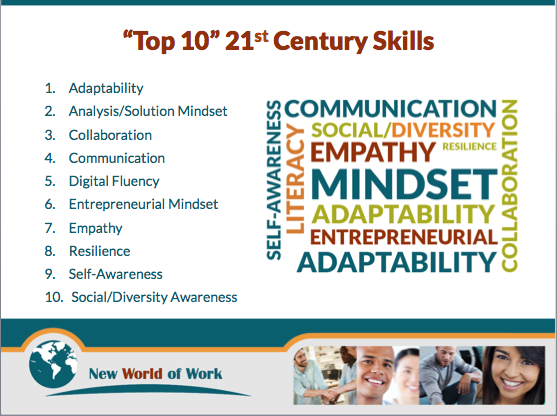 What is included in the modules?

According to the website, the 20 lessons included with the modules have been designed to be delivered to postsecondary students, adult learners, re-entry/job seekers, and current employees. Each module contains two lessons complete with a lesson plan in both word and PDF, PowerPoint and accompanying handouts for lesson activities.

There are also two series of videos that have been developed to support the modules. The first series contains “what not to do” videos that provide a humorous look at people who are not demonstrating the desired attribute. The second set of videos, which were added just recently, are assessments. These videos set up a scenario in which a certain skill is needed in order for the best outcome to be achieved. Each scenario contains three possible options, and viewers must apply what they have learned in the preceding lessons in order to choose the best one. The scenarios would lend themselves very well to both large and small group discussion, or they could be used as prompts for writing activities.

For this article, I explored the module devoted to the Analysis/Solution Mindset. The “what not to do” video showed a man and a woman in an office breakroom trying to make a pot of coffee. They both stood there lamenting the fact that they couldn’t figure out how to make coffee, without ever doing any simple problem solving, such as checking to see if the coffeepot was plugged in or turned on. The video was about three minutes long, and it did a good job of pointing out what not to in order to be a problem solver. Included with the lesson were some guided questions to go along with the video, and some tips for reframing a problem in order to find a solution.

There were two assessment videos, which were also about three minutes in length. The first one depicted a scenario that might occur at a parent teacher conference and the second one showed some utility workers discussing a problem. The best option for each situation showed the people in the video discussing different ways to solve the problem and also ways to test out ideas before deciding on the best solution.

So how exactly does this relate to ACES and the TIF?

While the 21st Century Skills Resources provide some useful lessons for teaching these essential competencies, they would work best as a complement, and not a replacement to ACES/TIF. They don’t contain very many of the skills related to Developing a Future Pathway, for example, and they also don’t focus on Learning Strategies. On the other hand, there is strong alignment with the Effective Communication and Critical Thinking categories.