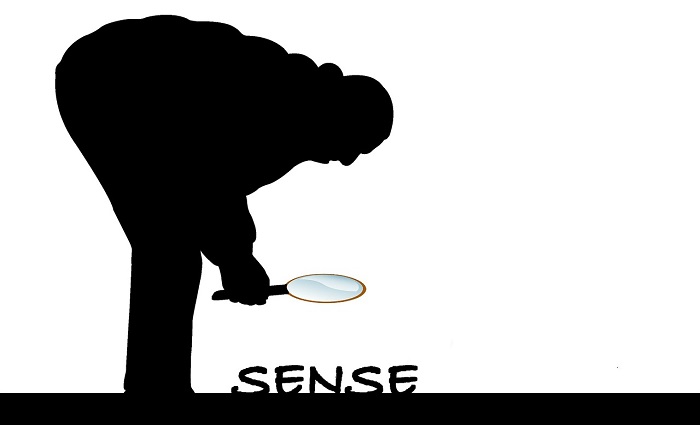 Teachers of emergent adult ESL learners dedicate many hours of instruction to building vocabulary. While introducing and practicing new vocabulary, teachers can help learners start to recognize patterns in words explicitly by teaching sound-symbol correspondences, and by sequencing and scaffolding word-level activities. Focusing on word beginnings and word families can help learners recognize patterns, which can improve their ability to decode words.

Decoding refers to the ability to identify individual phonemes (in cat, ‘c’ says /k/, ‘a’ says /ae/, and ‘t’ says /t/); distinguish the number of sounds in each word (in cat, there are three distinct sounds /k/ /ae/ and /t/); sequence those phonemes (/k/ is the beginning, /ae/ is the middle, and /t/ is the end); and finally, blend the sounds together to produce target words.

The first activity in this series focuses on onset, or word beginnings. It is helpful to do some aural practice first, asking learners to identify the beginning sounds in a set of words, for example mice, rice, and mouse. Ask learners “Which words begin with the same sound?” This can be repeated with additional sets of words as needed. 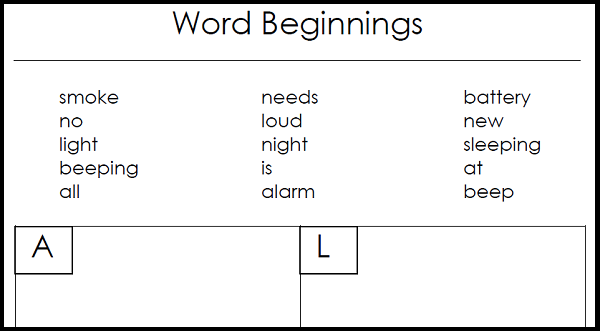 It is helpful to project this on an overhead and do an example together. “Look at the first word smoke. What does ‘smoke’ begin with?” Elicit answer /s/ from learners. Point to the four boxes on the worksheet. “Do you see the same sound? Which one is the same beginning?” Copy together the word smoke in the ‘S’ box. Learners work with a partner or on their own to copy words into the boxes, using each word only one time. Words that do not fit the pattern are written below the boxes. When most or all students have finished, check together on the overhead.

For an added challenge—rather than instructing learners to copy words in the boxes that correspond with the same beginning letter, dictate the words to learners one by one in mixed up order. For an even greater challenge, have the more advanced learners try to write without looking at the words above.